New thrift store in Hanna looks to aid those in need 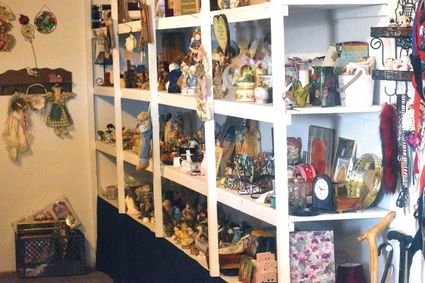 There are many items to choose from at the Aaron and Bentley Hugs thrift store.

A thrift shop located in the basement of St. Joseph's Catholic Church is the newest business in Hanna.

The Catholic church has had thrift shops in its basement over the years, and they were run by volunteers of the church, but it had been hard for St. Joseph's to maintain the store with staff and it had to close.

Sondra Clemens, who recently moved to Hanna, decided to change that. On August 3, she opened her doors to the public. Clemens named it Aaron and Bentley Hugs after her son and granddaughter.

She is still running it as a non-profit, but she has a new twist.