Saratoga puts up a good fight against Southeast 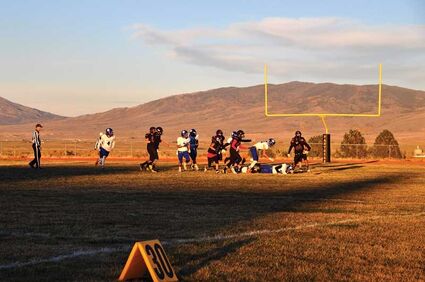 The Panthers made a few great plays during the game on Friday against the Southeast Cyclones.

Logan Wright Head Coach of the Saratoga High School football team had no illusions about the latter half of his schedule. Last week he faced Pine Bluffs, the number one seed in 9-man East Conference. This week the Panthers had to take on the Southeast Cyclones, who are the number two seed and have not lost a game in the conference.

Saratoga put up a fight, but Southeast overpowered the Panthers.

"Every game has a turning point, whether it is early or late," Wright said. "We had a huge momentum play happen that was taken away by penalty and I believe it took some wind out of us."