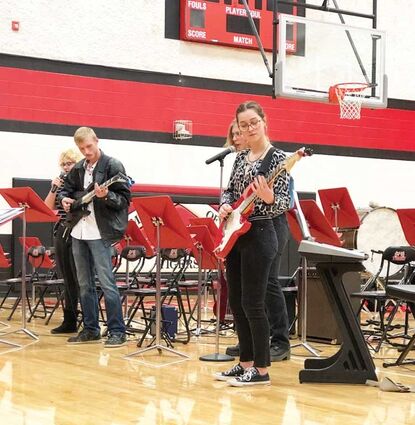 Every great band got its start somewhere.

Metallica formed in 1981 after Lars Ulrich placed an ad in a Los Angeles newspaper, The Recycler, which read "Drummer looking for other metal musicians to jam with Tygers of Pan Tang, Diamond Head and Iron Maiden."

Other bands didn't have to look too hard, such as AJR which is composed of the Met brothers and started in 2005 when the three brothers began to write and produce music in their living room apartment.

The Dry Currents would get their start at the 2022 Encampment Spring Concert.