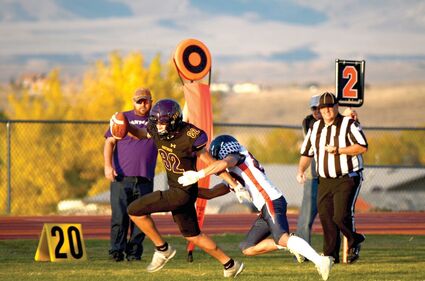 The Saratoga Panthers played well against the Lingle-Ft. Laramie (Lingle) Doggers on Friday evening but, at the end, could not quite pull off the win according to Head Coach Logan Wright.

"If we had three or four minutes left in the game instead of two when we got the ball back," Wright said, "I think we would have scored and won."

Wright believes the Panthers were equal to the team the Doggers fielded for the October 1 game.

"Their team had three big plays that they scored on and that was the difference," Wright said. "Their running back found a hole in our defense three times and he had l...