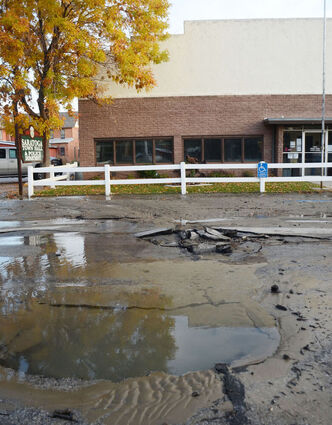 Damage to Spring Street shows where water from a main break on Tuesday night came through to flood the area.

As the governing body was going about their twice-monthly meeting, Sergeant Tyler Christen requested a short recess for council members to use their vehicles. Upon exiting the front of the town hall, water could be seen bubbling up from under Spring Street and running towards 1st Street. The large break caused a sudden loss in water pressure throughout all of Saratoga, which didn't return until later that night.

This is a developing story.