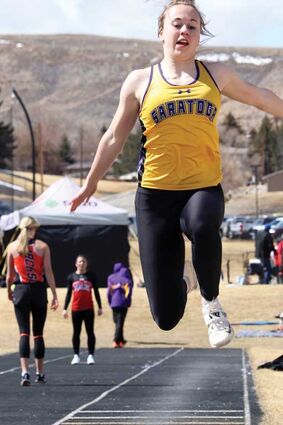 Whitney Bennett gets airborne during the Green River Invite on March 24.

The track and field athletes of Saratoga Middle High School appeared to have a successful outing on March 24 as they competed in the Green River Invite. Three of Head Coach Rex Hohnholt's student athletes prequalified in five different events, reducing some stress early in the season.