Encampment enters 1A State Tournament as No. 1 West seed 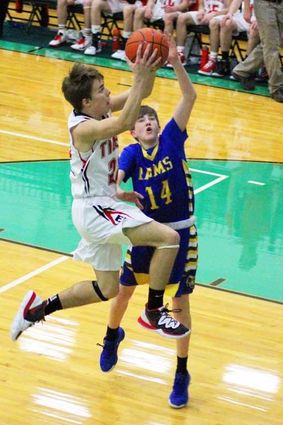 Dayne Anderson goes up for a shot against the Dubois Rams.

Following a 3-0 weekend at the 1A West Regional Tournament in Lander, the Encampment Tigers are heading into the 1A State Tournament as the No. 1 seed in the West. This year, the Tigers have been on a roll as they finished the regular season with a nearly perfect record having been dealt only one loss.