SVFD responds to structure fire, Saratoga without power for 30 minutes 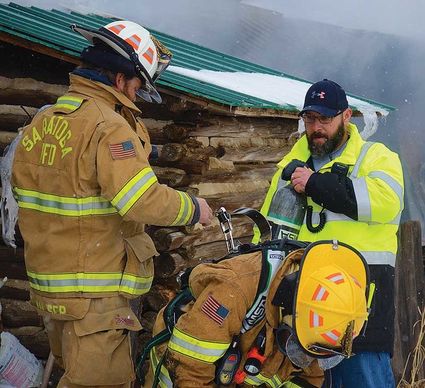 Shortly before noon on February 12, the Saratoga Volunteer Fire Department (SVFD) responded to reports of a structure fire at 309 W. Main Avenue in Saratoga. The structure affected was in the back of the lot. The first truck to respond was able to access the alleyway behind the property.

According to SVFD Fire Chief Pat Waliser, units responded to the call within 5 minutes and a total of 12 personnel were dispatched to fight the blaze. As firefighters attempted to put out the fire, billowing smoke and increasing size of flames led to moments of poor visibility and possible danger to surroun...