A disc in three 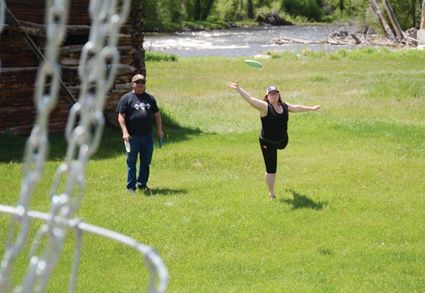 MMA member Shannon Fagan flings a disc towards an elevated basket on the Stagestop Links.

As Mother Mountain Anglers (MMA) host their "Tale of Two Cities" disc golf tournament for the third year on June 29, they are continuing to add more to the event. Last year, MMA set up nine temporary baskets at the Encampment-Riverside Lions Club Arena. This year, those temporary baskets are changing location as they are set-up at the old Peryam stage stop just outside Riverside.

"You know, last year we did it at the rodeo grounds. So, the idea with this is that, every year, we'll introduce a temporary new nine to add to our other courses and keep the tournament kind of fresh," said MMA co-...