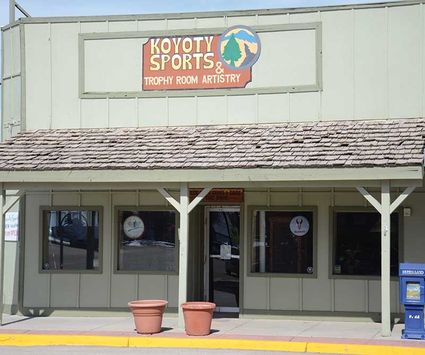 Koyoty Sports at their new location.

The process of moving a business can often be an arduous task. When Koyoty Sports and Trophy Room Artistry moved in 2015, it was from just south of Saratoga to Bridge Street. For three years, Warden Patzer and Kathleen Cervin called 104 E. Bridge Ave. home to their business.

"We'd been leasing the building and our lease expired in November, so when that lease expired we got to looking around," said Patzer.

Fortunately for Patzer and Cervin, the farthest they had to look was right next door to the building that had, for years, housed The Flower Pot.

"This place is close, it's been on the market for a long time, it's a corner lot, so we just decided to jump into it," Patzer said. "There's nothing like buying your own building instead of leasing it. If you want to retire in five to 10 years, how do you sell a business without a building?"

At first glance, it looks like the corner building that now houses Koyoty Sports has more space than the one next door. Both buildings, however, are 3,600 square feet. What makes the difference is the ceiling and the lighting.

"This is a 12 foot ceiling, the other building had a 9 foot ceiling, so you have room to hang your mounts up on top. That's what makes it look so much bigger, plus you have a lot of natural daylight through the windows. Over there you had the two little front windows and that's all the light you had," Patzer said.

While it may not look like much has changed from the outside, the Koyoty Sports sign has replaced that of the Flower Pot, the inside looks like a completely different building. In the time span of one month, Patzer, his son, Forrest, and friends worked to install a new floor and walls. New pine trim, approximately six feet up the wall, surrounds the inside of the building.

"It's a nicer atmosphere, I think, with the pine. The pine really brings out the mounts very well," said Patzer. "It took 30 days to the day. We took possession Jan. 28. We were actually moved out of the building next door and turned the keys into our landlord on the 28th of Feb. So, to the day, it was 30 days. Moving, floor, all of it."

With hunting season over and summer still on the way, it's hard to tell if the corner lot has led to an increase in sales. Patzer hopes that, following tax returns, he will begin to see locals make their way in to spend some of that money on his inventory. The three years in their previous location, however, showed Patzer and Cervin that Bridge Ave. is the place to be when making sales.

Along with the boots, ammunition, guns and countless other outdoor gear that they've sold before, Koyoty Sports also now sells books featuring Wyoming's favorite game warden, Joe Pickett. A bookshelf near the front of the building holds all the books in the series up to "The Disappeared" and Cervin has plans to buy copies of "Wolf Pack" to join the other 18 books in the series. 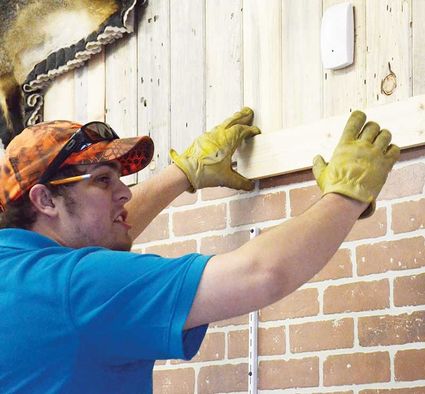 No new location is official, of course, until an after-hours social and an open house. A social is scheduled to take place from 4-7 p.m. on March 29 with an open house the following day, March 30, from 9 a.m. to 3 p.m.