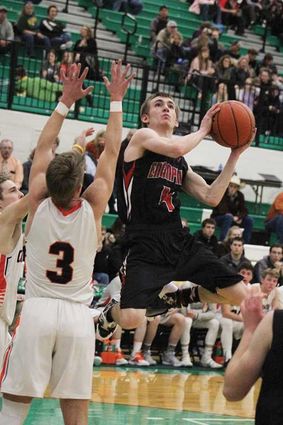 The Encampment Tigers are heading to the State Championship in Casper following a successful weekend at the 1A West Regional Tournament in Lander where they were able to defeat the No. 4 Northwest Dubois Rams and the No. 3 Southwest Cokeville Panthers before falling to the No. 2 Southwest Farson-Eden Pronghorns in the Championship Round.

Heading into the regional tournament, the Tigers were ranked No. 1 in the 1A Southwest Conference following an intense regular season that saw the rankings change on a near weekly basis.

The first game of the weekend for Encampment wa...