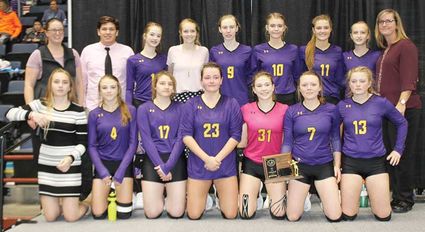 The Saratoga Lady Panthers pose with their 4th place trophy.

The Saratoga Lady Panthers began their season with their first conference win since entering the 1A Southwest conference after defeating their Valley rivals, the Encampment Lady Tigers. Saratoga ended their season by placing 4th in the 1A State Championship in Casper over the weekend.

"What a great season these girls put together," said Shayley Love, head coach of the Lady Panthers. "They set goals and achieved all of them. Afte...