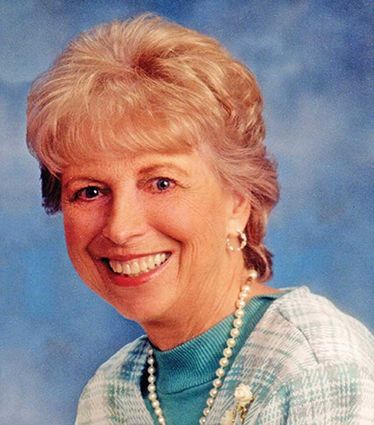 Rosemary Louise Craighead was born in Niles, Ohio on July 9, 1929 and went to be with the Lord on February 24, 2018. She lived her 88 years on this earth with joy and the love of Jesus. Rosemary moved to Santa Monica, CA when she was a child and graduated from Santa Monica High School in June 1947 and met her future husband that summer.

L. George Craighead and Rosemary were married in October 1947 and had their daughter, Karen, a year later. Their son, Paul, was adopted in 1959 and their family was complete.

Rosemary was an accomplished musician and taught piano to many students over the years. They moved to Encampment forty years ago where they owned the Sugar Bowl for many years. Rosemary was a member of the Encampment Presbyterian Church, Eastern Star, Garden Club, Bridge Club and Republican Women.

Rosemary is survived by her brother, Robert (Sylvia) Vaughn, daughter Karen (Nick) Casson and many nieces and nephews. She was proceeded in death by her parents, brother, sister-in-law, husband and son. Memorial services will be held this summer, her favorite time of the year.

Tributes and condolences may be offered online at http://www.jacobycares.com.