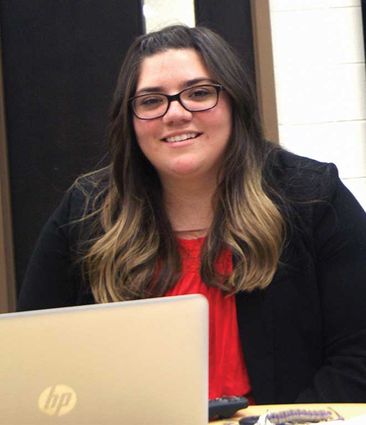 Cyberbullying takes place over digital devices like cell phones, computers, and tablets. Cyberbullying can occur through texting or online in social media where people can view, participate in, or share content.

Cyberbullying includes sending, posting, or sharing negative, harmful, false, or mean content about someone else. It can include sharing personal or private information about someone else causing embarrassment or humiliation.

Sexting is sending, receiving, or forwarding sexually explicit messages, photographs or images, primarily between mobile phones, but includes the use of any digital device.

Online predators are usually adults who seek to exploit vulnerable children or adolescents for sexual or other abusive purposes. Online predators use information and communications tech and the internet to locate, target and victimize minors. Internet facilitated sex crimes against minors involve deceit and begin with adults communicating with children over the internet with the goal of coercing them into illegal sexual activity. Sometimes the sexual abuse happens face to face. Chat rooms, instant messaging, internet forums, social networking sites, cell phones and even video game consoles have issues with online predations. These online areas attract predators because they allow them to have access to make contact with victims without drawing attention. The anonymity of online conversations lead to the disinhibition of minors, making them feel more comfortable and more likely to engage in risky behaviors. This can allow predators to use manipulation to put their targets into situations where they will comply with the predator's sexual demands. Initial manipulation often involves introducing the minors to sexual activity, showing them pornography and requesting sexually explicit information and pictures. These online predatory actions do not often lead to offline contact, even though it is commonly thought predators will use definite tactics to meet victims. Most actual in-person meetings do not involve any deception. After being enticed, kids actively participate in face to face encounters.

Parents can try to prevent their children from getting snared by online predators, but because kids are often more tech savvy than their folks, sometimes vigilant parents can't always stay on top of who their children are in touch with.

Steve Priest, pricipal of HEM, said, most of the time he learns about cyberbullying after the fact.

Priest said once the school learns about the situation, appropriate actions are taken. He said 99 percent of the actions are happening outside of school and 100 percent are happening on non-school devices because Facebook and Snapchat are blocked at school.

"If we are given screenshots, we give them to the proper authorities.," Priest said.

"We have seen cyberbullying used more to embarrass an individual," Chavez said. "We had a case where a juvenile's picture was taken in a locker room while he was changing and it was Snapchatted to bunch of people, so we charged that individual who took the photo originally."

Chavez says people are surprised cyberbullying and sexting is happening even in middle school.

"It is definitely happening with kids even as young as 12, so I am happy to come to schools and tell parents to be aware," Chavez said. "Kids think that they are in love and send messages and pictures to each other and then when it is over, the texts and pictures might still be there and end up in the public domain."

She said even with parents being aware and using controls to monitor their kids social media, there are apps available that can hide other apps.

"If there is a way for them to do it, they will figure it out," Priest said how difficult it is for parents to be on top of what their children can be exposed to.

Chavez said the Wyoming legislature adopted a statute on sexting because teenagers don't always think about the consequences and, prior to the statute, prosecutors were looking at child pornography statutes that essentially made the kids sex offenders.

She said any juvenile that receives a citation in the county is reviewed whether it is for speeding, battery or sexting to see what the best course of action is to be taken.

"In cases such as the Snapchat photo in the locker room, the individual was charged with obscenity and he went through our diversion program, which is like a probation, and if the program is completed successfully, then the citation is dismissed," Chavez said. "Really our goal is education and make the juvenile understand sexting can be a big deal."

Chavez said online predators may not be common in Carbon County, but they are out there.

"Sometimes kids might talk to somebody online and not realize who they are talking to," Priest said. "They might meet in a chatroom, Facebook and they think they are talking to another teenager or friend, but they are behind a computer screen and can't really know who the person is and that is the scary part of it."

"It's amazing what information kids put online such as addresses, phone numbers and pictures, so it makes it very easy for people to find them," Chavez said. "GPS apps are out there and a person can see exactly where a juvenile is. Kid don't understand how scary that is."

"That is the scariest part of this to me because I am a tech guy. But so many parents are not tech savy and the kids are," Priest said. "These kids on the cutting edge of it all and they live on these apps."

Priest and Chavez both said parents have to be aware their children are exposed to online technology that didn't exist five years ago.

Both said parents can't take for granted how quickly technology is changing what they can monitor.

"That is why education is key and we have to stay smarter than our kids," Chaves said.

"Plus we have Sarah come to schools to educate the kids to make them understand everything they put out there on the internet is a digital footprint and what should be responsibly shared online," Priest said. "There are apps out there that employers can use and find things on social media and see what is in the past. I have even read of schools withdrawing scholarships after the school saw what student was up to online."

Priest and Chavez said kids need to be aware it is important what they post online whether it is personal information or saying negative things just to get a reaction. A digital footprint can come back to haunt them.

Parents, like so many generations before, have to stay aware of what the world is exposing their children to. A generation or two before, it was TV. Now it is computers, tablets and smart phones.

"I will say it again," Chavez said, "It all comes down to staying educated to the technology out there, because the kids are."