Saratoga is 10-0 although Rattlers give them a scare 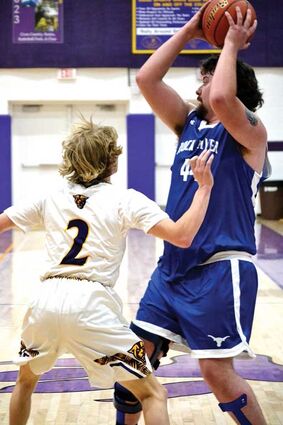 The Saratoga Panther High School basketball team continued their winning ways this week and have a perfect record on the season.

Their game against Hanna, Elk Mountain, Medicine Bow (HEM) went well for the Panthers. They won the game on January 10 by a score of 61 to 31.

It was noticed by the HEM head coach Cliff Jones how Saratoga did not try to run up the score. Williams said he asks his players to be well behaved on the court because he knows there are young children who watch the games and he wants the Saratoga boys to be a positive example.

"Winning games is great, but the true legacy...