Flags and ribbons at Boys and Girls Club opening 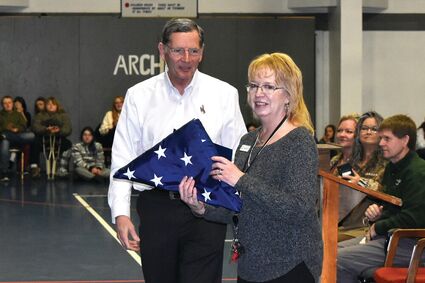 Senator John Barrasso presents the flag that flew over the U.S. Capitol to Carbon County Boys Club Director Theresa Pacheco. The opening of the Boys and Girls Club attracted well over 150 kids and adults on January 15.

The Hanna Miner Memorial Parks and Recreation Center welcomed the Boys and Girls Club to open their 9th chapter in the state.

The ribbon cutting was attended by close to 150, with many children and young adults in the audience.