Encampment loses to Saratoga this weekend 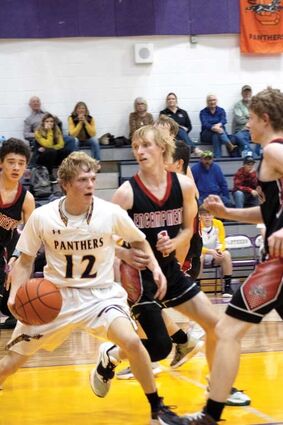 Grant Bartlett steals the ball and turns to speed down court with Brayden Barkhurst and other Encampment Tigers close behind.

The Valley saw the clash of two Carbon County rivals on January 6. Although Encampment started out strong in the beginning, it was not long before the Saratoga Panthers overwhelmed them.

"Half-time the score, which favored Saratoga, was 31 to 19. The Bartlett twins, Grady and Grant, had a lot to do with the fast pace of the game,...