A Geek-ish Gathering in Rawlins 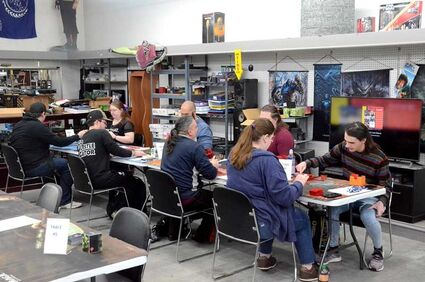 Players face-off in the first round of the Regional Qualifying Championship on December 10 at Geek-ish Things.

When a person's fate hangs upon the roll of dice and cards in hand, money is usually involved. The cards placed on tables at Geek-ish Things on December 10 weren't clubs or spades though.

Instead, the cards were adorned with fantastical artwork featuring creatures, spells and land types. For several hours, players from Rawlins and surrounding other towns battled it out in a Regional Championship Qualifier for Magic: The Gathering.

The first but not the last