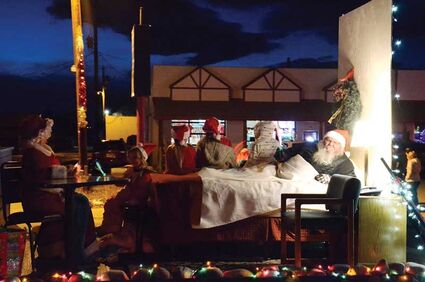 Santa relaxed on the Riviera Motor Lodge float before his final appearance of the evening.

The Valley Service Organization (VSO) continued their 41 year tradition of hosting the Christmas parade in Saratoga. This year's theme was "Christmas Magic".

The parade route started by giving the seniors at the Care Center the first look at the floats as they passed by Saturday night. Many said it was a the largest parade in recent memory with more than 20 entries.

The line of festively adorned vehicles continued down first street to the crowd who were waiting to catch a glimpse of the lights and perhaps some candy, especially the children.

Music was played and Teense Wilford once again was the MC amusing everybody with his light hearted humor. 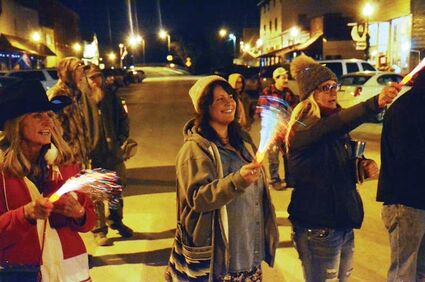 Even adults got in on the fun with light sticks provided by Sinclair.