Panthers put up a good fight but not enough to win 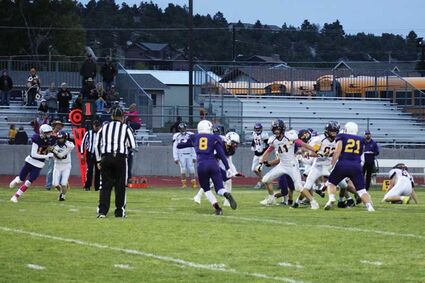 The Panthers were able to score twice against the Pine Bluff Hornets who have not lost a game in two years.

Saratoga Panther High School football team faced the number one ranked team in their conference and although there were things that made Panther Head Coach Logan Wright happy with the game, he knows the team is capable of performing better than they did on Friday where they lost 57 to 12.

The 1st quarter went entirely Pine Bluff's way. They scored 21 points while the Panthers did not score.

The 2nd quarter was a different story. The Panthers got two touchdowns against a defense which doesn't give up points. Unfortunately, the Hornets were also scoring, so at half-time the score was 50 to 1...