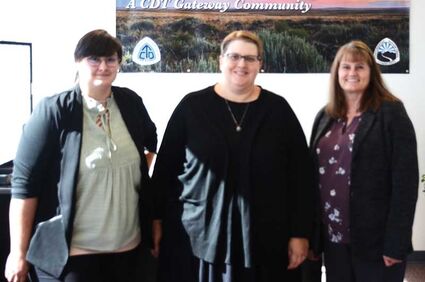 From left, Megan McComas, Kristy Kennedy, and Leslie Jefferson pose in the new location of the Carbon County Visitors Council.

Since 1987, Carbon County has had a two percent lodging tax in effect. An optional tax, it is voted on every four years and will be on the ballot November 8.

For 35 years, the tax has not increased, remaining at two percent. Sometimes, the status quo is good. Sometimes, growth is good.

While the lodging tax has not increased beyond two percent for more than three decades, the Carbon County Visitors Council (CCVC) has appeared to make it work to their advantage. In 2021, visitors to the county spent more than $200 million. As a matter of fact, they spent $227.6 million.

Due to the growth the...