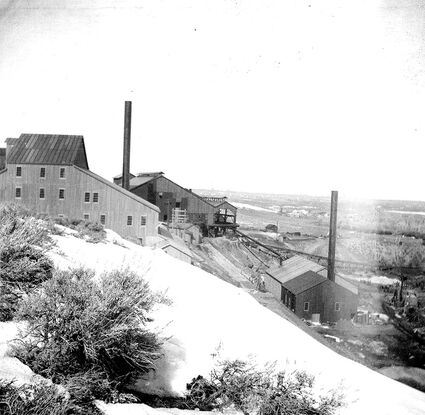 Hidden amongst the cottonwoods and aspens, the sleepy little village of Encampment hides a secret.

Just a little more than a hundred years ago, this little village was a mecca of industry.

In the late 1840s trappers and traders rendezvoused at the base of the Sierra Madre Mountains. The Ute and other tribes also lived, hunted, and fought in the area. At that time the area was known as Camp le Grand.

The Cherokee Trail was blazed through the region in 1849 when wagon trains headed for the gold fields in California. In the 1860's and 70's white settlers arrived and began cutting timber for...