One Marshal leaves and another takes his place 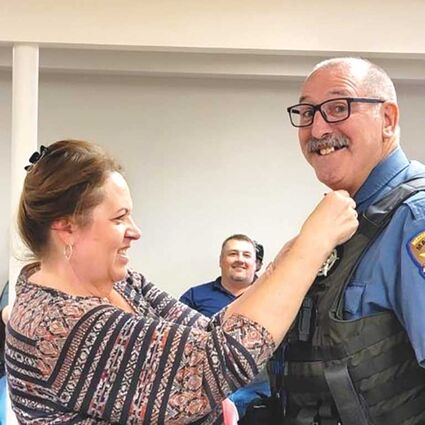 New Marshal of Medicine Bow, Roger Hawks, get pinned by his wife April at the Town's meeting on August 8.

Mike Morris, a candidate for Carbon County Sheriff introduced himself and said he wasn't there to campaign. He just wanted to know what plan people wanted to move forward for all mu...