Homelad Security declines to fund drone for CCEM and Encampment 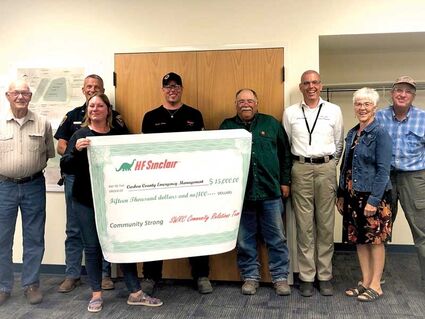 When Lenny Layman, Carbon County Emergency Manager, and Encampment Chief of Police, Kevin Shue, discussed getting a drone for Encampment as well as one for the CCEM office, they turned to Homeland Security for the funds. After months of waiting for an answer, the answer that was finally given was Homeland Security would not fund drones.