A battle on Battle 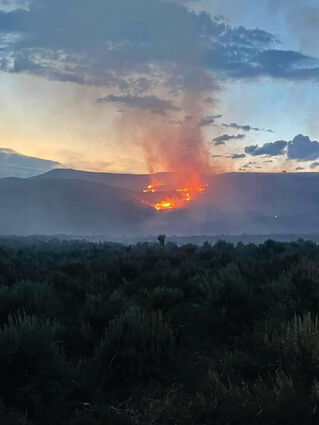 The 50 Acre fire was seen from Baggs.

A fire started northwest of Horse Mountain this past week. Smoke visible from Bags.

According to Jared Wille of Baggs Fire Department the fire started on state land and at it's largest was approximately 50 acres. Fire fighters from Baggs, Encampment, the Bureau of Land Management (BLM), Forest Service and a helicopter arrived on scene late Friday night.

Containment was about 20 percent until Saturday evening when a heavy and welcome rain storm moved in and gave the fire crews a big break.

The blaze was completely out...