Spaulding surprises some at Council meeting by resigning 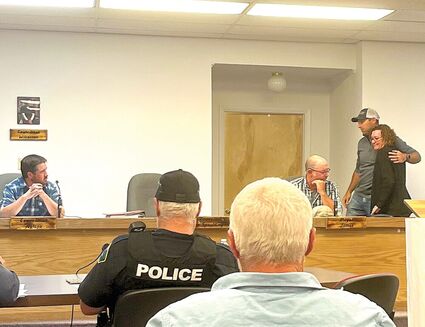 All council members and mayor were in attendance at the 6 p.m. regularly scheduled meeting on July 19 at the Saratoga Town Hall.

A public hearing was held before the meeting began. The hearing was about a land swap of town land appraised at $62,500 for traded property valued at $45,000.

The majority of the public made clear it was not a good idea to go ahead with the trade.

A few people felt a major donation that was being offered to park by the land owner, made the deal even. It was argued the donation may possibly influence the trade.