A Meeting of the Museums 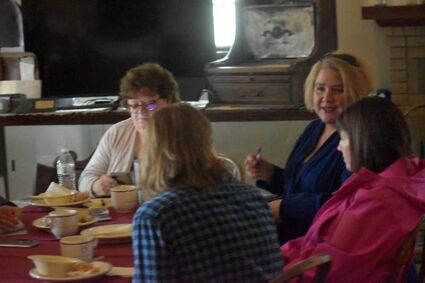 From left, Sharon Biamon, Dana Davis, Tina Hill and Tim Nicklas discuss ideas during a director meeting on May 13 at Hanna Basin Museum.

Museum directors from across Carbon County recently met at the Hanna Basin Museum to share thoughts and ideas about working together.

Elk Mountain's director was out of town and could not attend. The Carbon County Museum director did not attend.

As the group got together, ideas were th...