Wyoming Highway 70 between Saratoga and Baggs opens May 23 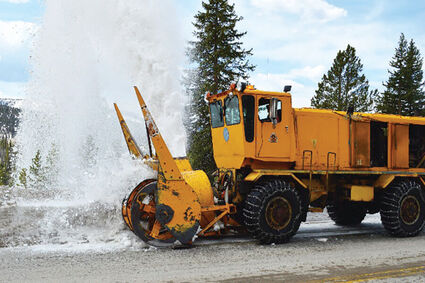 Rotary plows are among the equipment used each year to remove snow drifts from the seasonally closed highways.

The Wyoming Department of Transportation (WYDOT) announced one of two seasonal highways in the Platte Valley had reopened earlier this week.

On May 23, WYDOT announced the opening of Wyoming Highway 70 over Battle Pass. This 23-mile stretch of highway connects the Platte Valley with the Little Snake River Valley during the summer months and closes during the winter.

According to the press release, crews from Saratoga and Baggs began working on the highway in early May. Multiple rotary plows and other heavy equipment was used to clear the large drifts of snow which had accumulated over the w...