Bringing change to the resort 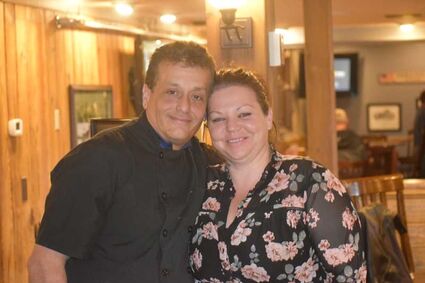 The Saratoga Hot Springs Resort (Saratoga Resort) has had several reincarnations since a log building was erected on the present site of the resort in 1877.

The building then was used as a general store, post office and saloon. It was a place known to get a hot bath from the hot springs. The settlement was known as Warm Springs. In 1884 the Saratoga House was built. It was renamed the Saratoga Hot Springs Hotel and enjoyed renown throughout the country until a fire burned the two story structure to the ground in 1902.

The fire did its damage and although there were a few buildings and businesses which tried their luck, none were successful.

According to the Saratoga Resort's website In 1921, the State of Wyoming purchased the 420 acre site and established the "Saratoga Hot Springs State Reserve". The State Bath House, which now houses the Healing Waters Spa, was constructed along with swimming pools on each side of the bath house. Use of the private State Baths was offered to travelers for 50 cents for a dip in the hot mineral water.

In 1950, at the cost of $200,000, the Saratoga Inn was built and looks similar to the Saratoga Resort of the present. It became known again for its pampering of guests while giving them the opportunity to enjoy the West.

The Saratoga Resort seemed to have it all, with a golf course, hot springs and good hotel rooms. It had a half dozen owners from 1960 to 1992. The Saratoga Inn enjoyed wide support from the town and on weekends the bar and lounge was a local hot spot.

Hamilton sold the Saratoga Resort to David Shumaker after 10 years in 2002. Shumaker kept ownership until 2008 when International Resort Properties bought the place.

The Saratoga Resort faced a challenge to get the locals back when they took over. In many ways the resort succeeded with its brewery, golf course and spa services.

Unfortunately for the culinary side of the Saratoga Resort, finding the right chef seemed elusive.

All that changed when Chef Ted Roman came to the Saratoga Resort and took over the kitchen.

Roman was born in Brooklyn, New York, worked his way up in the restaurant world from dishwasher to being certified as an executive chef in 2000 in Florida. He did an internship at the Waldorf Astoria in Manhattan. From there Roman worked for corporate and independent venues.

"I have worked for small and massive operations," Roman said. "I was in the Hot Spring Hotel in Arkansas, which is the oldest hotel in the state and there are 500 sleeping rooms. I had a staff of 35 and the kitchen was a 40,000 square foot kitchen."

Roman later worked for a food service company that handled fraternities and sororities all across the country.

"Ironically I used to come to Laramie two or three times a year to check on accounts," Roman said. "My job was to hire chefs to work all over the country to work inside fraternity and sorority houses."

After years of working in a huge fast paced environment, he knew he wanted to work in a place and live in a community which would be more beneficial to all.

"I am in a place I want to be," Roman said. "I have always come from big areas and this is a nice change of pace. It is the safest place I have ever lived in my life. Saratoga is an excellent place to raise a kid which I am doing with my granddaughter."

He took the job and kept a low profile.

"I knew my biggest challenge when I arrived here was convincing everyone I wasn't to leave," Roman said. "And that I actually could do what I said and had the experience and now quietly I believe we are starting to make an impact."

Roman said pulling together a good culinary team which was committed to staying like he was.

"I had to surround myself with good people and had the same philosophy," Roman said. "I have created a team that are from all over who are committed and consistent. Because when it is all said and done, I have 1800 people who live in this town. When they come here, they are counting on getting a good meal."

He said being one of the few restaurants which serves three meals a day, seven days a week puts a bit of pressure on him and good service was important

"I am a firm believer of developing good relationships and it starts with your neighbors," Roman said. "I have 1800 neighbors and I want them to have an experience they won't forget. We want that for all our guests."

Roman knew he was looking for a partner who understood the food and beverage side of the Saratoga Resort and what it could blossom into.

Roman said when Tona Hall came for the job of food and beverage manager, many aspects of her background appealed to him, but her locality stood out.

He hired her in January and is extremely happy.

"I can feel like I am driving a bus and I have a partner telling me to turn there, go here," Roman said. "That is Tona helping me drive. When I get tired she takes over."

Hall agrees Roman cares for the guests and listens.

His care for the guests and resort, has earned him the Assistant General Manager position in addition to being the chef.

Hall said to have passionate care for the guests the way Roman does has made a difference.

"I remember a time this place some years back was hit or miss," Hall said. "I was like many people who said, I am not going there if it is going to be a waste of my money."

In December she and her husband had an excellent dinner and was impressed.

When she found out about the job opening in January, Hall took it.

"I had kind of fantasized about what I could do if I worked at this place with its size and everything it has," Hall said. "Now I am here and with Chef Ted being the key component, I feel we can do great things."

Hall after the interview, this was the place for her.

"The progress we have already made proves it," Hall said. "Chef Ted is right about the locals being our neighbors and how important they are to us."

Roman and Hall are looking forward to the summer for a variety of reasons. Hall will be launching a pool bar this summer. Roman is planning culinary events this summer too.

"We are surprising people who had thought there was no reason to come back," Roman said. "They gave us another chance and we are doing our best to not disappoint."