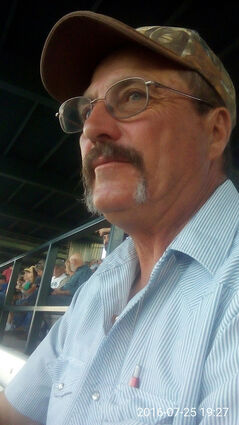 Marlan Hanson, 61, passed away in Cheyenne, Wyoming on April 6, 2022, after a courageous battle with cancer. A resident of Encampment, Wyoming, Marlan was an avid outdoorsman who loved his family, hunting, fishing, and camping. His storytelling, ability to bring fun to every adventure, and compassionate heart will be sorely missed by family and friends.

Marlan was a 1979 graduate of North Park High School in Walden, Colorado. After several years working in Wyoming, he settled in North Park and ranched for the Big Horn, Diamond J and Silver Spur ranches. He returned to Wyoming and ranched until he and his wife Tonya opened Hanson Wild Game Processing in Encampment, Wyoming in 2020.

Fun, full of life, adventurous, a true friend - Marlan brought life and excitement to everything he did, from games with the grandkids to snowmobile adventures in the deep snow of the Rocky Mountains. He was a proficient rancher, talented welder, skilled mechanic, and successful businessman. A lover of dogs and kids, he was 'Papa' to the grandkids, 'Bud' to his siblings, and dad to his children.

He is preceded in death by his father, Philip Hanson and grandparents Carl and Marguerite Hanson and Johnny and Neva Brown.

A Celebration of Life service will be held June 18 in Walden, Colorado.