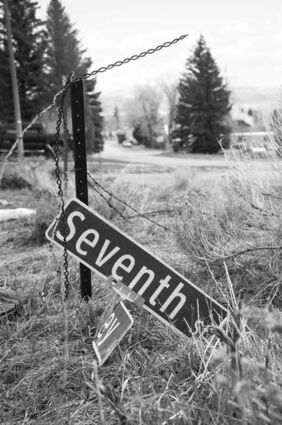 The street sign for the corner of Seventh and McCaffrey lays several feet away from its original location following a high speed car chase on Friday night.

The sound of sirens filled the Platte Valley on the night of Friday, April 29 as what began as an attempted traffic stop in Saratoga resulted in a high-speed car chase eventually ending in Encampment.

According to Saratoga Police Chief Ken Lehr, he had been preparing to turn off Rochester Avenue onto 1st Street in Saratoga when a vehicle-the driver of which was later identified to be a woman-came through Saratoga at approximately 60 miles per hour. Preparing to do a traffic stop, Lehr followed the vehicle out towards Shively's North when the driver turned around and sped back through Sarato...