Hanna's No. 1 Mine Monument focus of locals to keep memory of lost miners alive 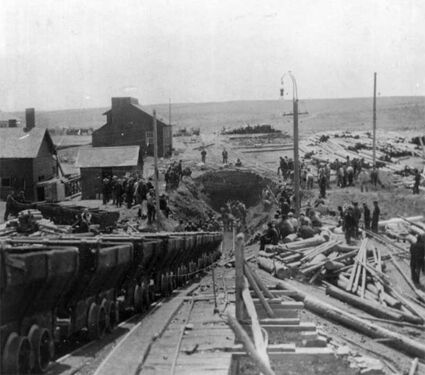 A historical photo from the collection of Bob Leathers shows the aftermath of the 1903 No. 1 Mine Explosion.

The Miners Monument in Hanna, which is dedicated to the miners who lost their lives over a 100 years ago is getting attention from some people who feel this monument has been somewhat forgotten due to time and the sign indicating where the mine is located is not very prominent.

According to the Hanna Basin Museum website, run by Bob Leathers, the Union Pacific (UP) Coal Company's No. 1 mine in Hanna was the only mine to explode in Hanna and it did so four different times in its short history.

The first explosion occurred in April of 1890, killing one miner, Henry Ward. The second explosion...