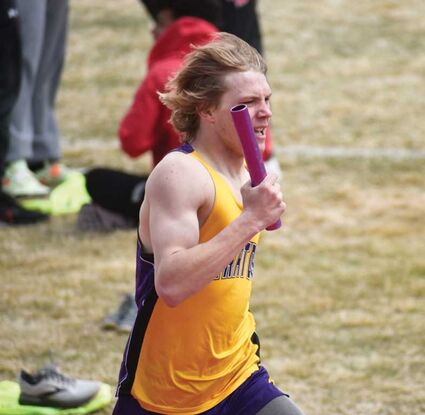 The Saratoga Panther’s track and field team competed in the Nancy Steinberg Invite in Rawlins, coming in 2nd in both boys and girls events as they competed against seven schools, with five from Carbon County including Saratoga. Not only were there were some surprising placings, but a nearly 20 year school record was broken over the weekend.

Head Coach Rex Hohnholt was pleased with how the Panthers did in Rawlins.

“This was a good meet, because it has been a frustrating season and the wind has had a lot to do with the frustration,” Hohnholt said. “The Rawlins (meet)...