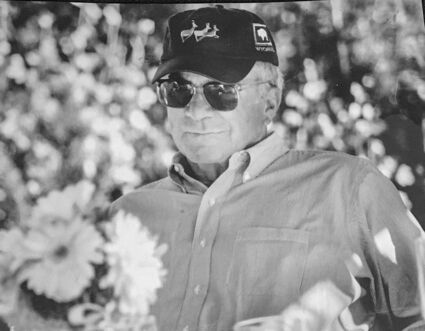 Bill was an accomplished physician and dedicated his practice and life to serving rural Western communities. He logged more than 12,000 hours in Beechcraft Bonanzas serving hospitals from the Nebraska panhandle to Eastern Utah. He served those who likely wouldn’t have received radiology attention and continued to serve long into his retirement by funding a scholarship at the University of Colorado Medical School Foundation. His goal was to bring better medicine to rural Western communities.

He played college basketball at the University of Maryland, started the Inside Edge Ski Shop in Steamboat Springs, Colorado as well as being an initial developer of the Steamboat Springs, Colorado Ski Area (inspiring a love for skiing in all of his children). He skied and raced well into his 80s and raced Nastar for over 30 years. Bill dedicated his life to medicine and enjoyed the beauty of the West through art and history. During his residency, Bill was introduced to the art of E. “Bill” William Gollings, a true Cowboy Artist. Bill admired his art and became the preeminent Gollings expert. In astonishing fashion, Bill passed away 90 years to the day that his beloved “Bill” Gollings died.

Bill inspired a sense of adventure in all of us. He appreciated a good tall tale and was a prankster through and through. He was an avid outdoorsman and loved to hunt. He believed in the Western lifestyle of rugged individualism and commitment to family and friends. Bill constantly reminded his wife, Carole, his seven children and 11 grandchildren to “Not sweat the small stuff … because it’s all small stuff”. After retirement in Saratoga, Wyoming, he mastered the game of golf with his wife, Carole, and routinely attended “coffee” with the boys and played a few games of pool.

No services will be held to honor the life of Dr. William “Bill” T. Ward. His family requests you continue to honor and care for the great state of Wyoming.