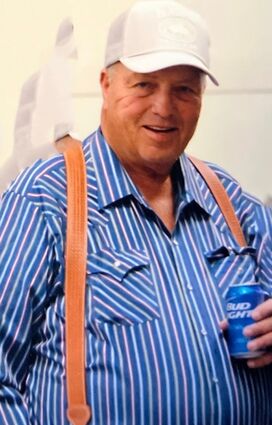 He was born on November 1st, 1941, in Mt. View, Wyoming. He grew up loving to ride horses and be outdoors.

Ross married Sonja in 1968 and moved to Saratoga, Wyoming shortly after. He worked in the coal mines for almost 20 years. A new mining job opportunity took Sonja and Ross to Elko, NV where we would live out the rest of his life.

Ross loved to be outdoors with his friends and family hunting, fishing, and camping. He also enjoyed his western movies, watching the bull riding, and Bud Light. He will be lovingly remembered for his witty sense of humor and huge heart of gold. His compassion for those down on their luck and pure love for his family and friends will be truly missed and cherished.

He is Preceded in death by his wife of 49 years, Sonja Hamblin; mother Carole Hughes; father Jack Hamblin; and granddaughter Chelsea Daniels.

A graveside service will be held at the Elko Cemetery on Friday, April 15th at 2:00 PM.