The Lazy River eddies back to Saratoga 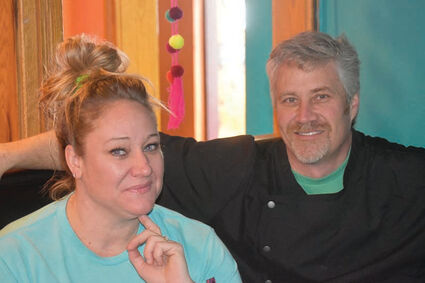 Michelle, left, and Scott McIlvaine are happy to bring the Lazy River Cantina back to Saratoga. The Cantina was first founded in 1996 by Scott and his father, Bob.

Scott and Michelle McIlvaine love Wyoming, Carbon County and especially the town of Saratoga, where Scott was raised.

Scott, along with his father Bob, founded the Lazy River Cantina (Cantina) in 1996. Scott graduated from the Colorado Mountain College - Steamboat Springs with a restuarant and culinery degree. The Cantina was a place he put his education to work.

In 2001, Michelle came to Saratoga for a summer job. Scott had a rule about dating employees which went out the door when he met his future wife. The couple is celebrating their 19th wedding anniversary this year.