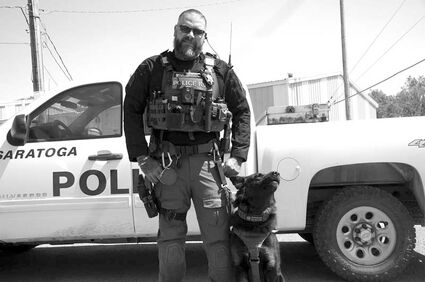 Justin Brown, who joined the SPD in June 2021, was terminated via unanimous vote of the town council on March 1, 2022.

Less than a year after being hired by the Town of Saratoga, Sergeant Justin Brown was terminated following a 90 minute public hearing at a special meeting of the Saratoga Town Council on March 1.

The termination of Brown from the Saratoga Police Department (SPD) comes three months after Carbon County Sheriff's Office (CCSO) attempted to execute a search warrant for a K9 dog, Shaw, owned by Brown.

The hearing, which had originally been scheduled for February 11, had been postponed following Brown's arrest on February 9 for two misdemeanor charges of vicious dog at large, a misdemeanor char...