Tigers building for next season 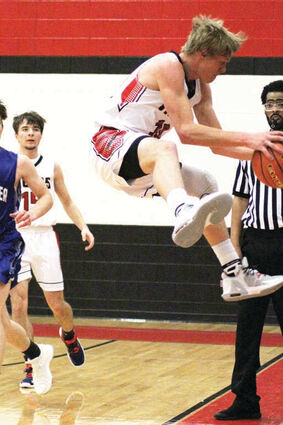 Going into the the 2021/2022 season, Encampment Tigers Head Coach Duane Gilbert knew it would be a battle for any team in the 1A Southwest Conference to get to the 1A West Regional Tournament.

That battle came about on February 21 as the Tigers faced off against the Cokeville Panthers in Cokeville for a pigtail play-in game. The game marked the last of three games which brought an end to Encampment's season. They had been hosted by the Little Snake River Valley (LSRV) Rattlers on February 15 and hosted the Rock River Longhorns on February 18.

Traveling to Baggs, the Tig...