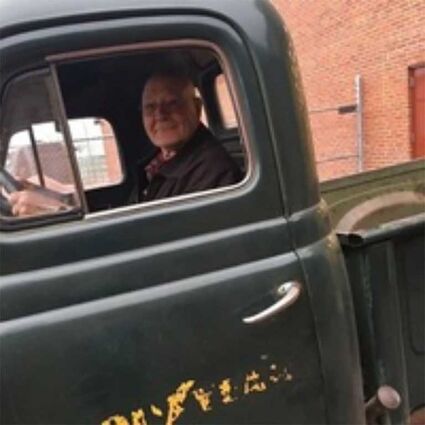 Joseph "Sonny" Morris, Jr., 83, passed away on February 19, 2022 at his home under hospice care.  A visitation with family present will be held on Sunday, February 27 from 2 - 4 pm at Kinzley Funeral Home in Salem.

Joe (Sonny) was born in Craig, Colorado on December 1, 1938. His parents moved him to Encampment, Wyoming when he was one month old. That would be his first trip but would not be his last. He loved the nomadic lifestyle, traveling to new places and meeting new people. He never met a stranger and loved to visit with anyone who had time for a chat.

He went to school in Encampment where he was always involved with all the activities he could fit in while working to help support his family.  Sports, 4-H, FFA kept him involved. He was a charmer and was always the most popular person in school. He proved that by being class president twice, captain of the basketball team, captain of the football team, and prom king. His first job was plowing gardens for the town residents using an 8N Ford. He started doing that at 5 years old and earned a reputation for being a capable and reliable employee who could handle any piece of equipment or care for any animal. He graduated from high school in 1957 and began working in the woods felling trees and picking up seasonal farming jobs. Always wanting to travel, he grabbed a chance to go to Arizona where he found a job clearing land with a caterpillar.

Sonny missed Wyoming so returned there where he married Martha Parkison in 1960. They had 3 children, Pamela, Valerie, and Sterling. In the next several years they lived in Colorado, Utah, and Nevada, then returned to Wyoming. It was during this time that he found a job driving a truck which was his lifelong dream. It gave him the opportunity to see every state in the union and much of Canada. He knew every road on the map and could tell someone exactly what roads to choose when they were planning a trip. During this time, he also did some custom farming.

The things Sonny was most proud of were his 3 children, his grandchildren, and his 40 plus years of sobriety.

In the 1990's Sonny and Martha bought a vacation home in Quartzsite, Arizona where they vacationed when they could. After he retired, they spent the winters there exploring the desert on an ATV and getting acquainted with other places in their motor home.

On February 19, 2022, Sonny departed on his last trip where he will see old friends long gone from this earth and will most likely make new friends as well. He is survived by Martha, his brother, Ray (Frankie) Morris, and his 3 children, Pamela (Bill) Clark, Valerie (Vance) Mockensturm, and Sterling Morris, 7 grandchildren, and 10 great grandchildren.

He is preceded in death by his parents.