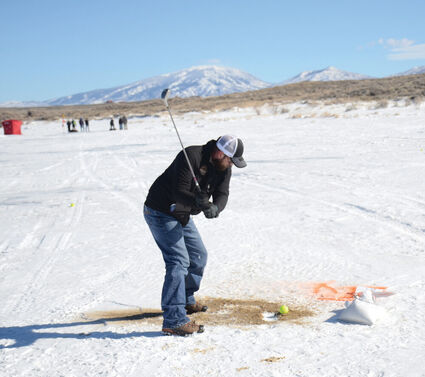 Byron Barkhrust of White Stone Realty works on his stroke during the 2nd Annual Frozen Fore on February 19 at the Saratoga Lake.

Over 100 people took to the frozen Saratoga Lake over the weekend and while there weren't any fish caught, there may have been a few birdies.

The 2nd Annual Frozen Fore was, by all accounts, a success for the Saratoga Museum. The idea for the event began with Margaret Weber, who attended a similar event in Walden, Colorado and had wanted to bring something similar to Saratoga. Weber chose the Saratoga Museum as the non-profit which could benefit from the funds raised by the event. 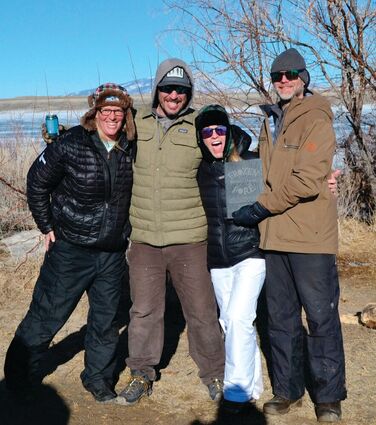 While, last year, the sky was overcast it was much clearer this weekend. Despite the cool temperatures and the occasional Wyoming breeze, 112 people played Frozen Fore, according to Dana Davis, executive director of the Saratoga Museum. Additionally, the event had seven platinum sponsors, 21 flag sponsors and six businesses donated prizes or provided items to help make the event a success.

"Overall, the event was a great success than last year," said Davis. "Next year we have plans to make it even better."