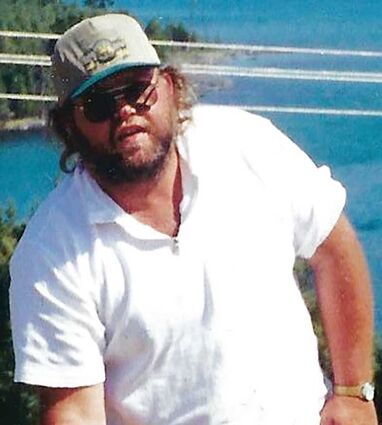 Randall "Bear" M. Youngberg, 62, beloved husband, father, brother, and friend, passed away on February 8, 2022 in the comfort of his home. Bear was born October 13, 1959 in Billings, Montana to Wesley and Elaine (Anson) Youngberg.

The family later moved to Saratoga, Wyoming where Bear spent his childhood. He graduated from Saratoga High School and would go on to begin his career in heavy equipment maintenance at Louisiana Pacific. Shortly after, Bear met the love of his life, Susan Cresswell. They were married May 21, 1988.

Together they raised four amazing boys; Lee, Richard, Matthew, and Morgan. Bear loved spending his time in the mountains; hunting, fishing, and sitting around the campfire telling stories. One of his passions were muscle cars and 4x4's. More than anything, Bear had an immeasurable love for his boys, even obtaining a coaching license to ensure the boys could succeed in wrestling. He was incredibly proud of his boys.

A celebration of life will be held in Saratoga, Wyoming at a later time.

Memorials and condolences may be sent in care of Walker Funeral Home 410 Medical Arts Court, Gillette, WY 82716. Condolences may also be expressed at http://www.walkerfuneralgillette.com.