HEM sees steps forwards and backwards in trio of games 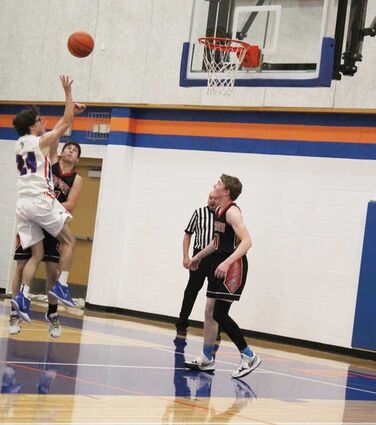 HEM Miner Kyler Proffitt gets the ball off in the game against the Encampment Tigers.

A valley in the Hanna, Elk Mountain, Medicine Bow (HEM) Miner team was hit this week when the boys played the Midwest Oilers on January 31 in a makeup game.

"This season it has never been about a win or loss record, it has been setting goals, achieving them and then setting the bar higher for the next game," Jones said. "If it was only about a win/loss record being how we measured our season, we would fail miserably. We have to gauge our success on how much...