Introduction of Yellow Perch to Saratoga Lake a concern for WGFD 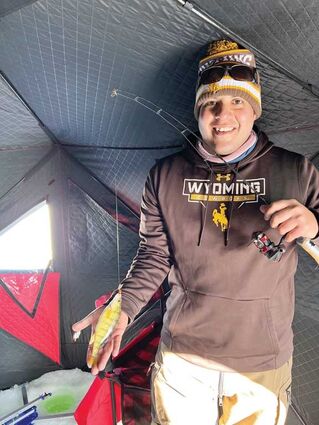 Dominic Arellano was just one of several anglers who caught perch during the Saratoga Lake Ice Fishing Derby.

During the 39th Annual Saratoga Lake Ice Fishing Derby, there were plenty of trout caught by anglers from near and far. There was even, at least, one walleye hooked.

There were also a number of Yellow Perch, which is a concern for the Wyoming Game and Fish Department (WGFD). While the exact number of Yellow Perch in Saratoga Lake is unknown, there were enough to be caught by several attendees of the ice fishing derby with at least one participant reeling in approximately six.