Saratoga council signs on with WAM to contest Census results 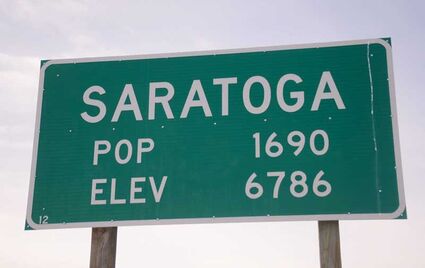 Saratoga's population will soon change on its town limits sign, but that number is questioned by the town council.

The Town of Saratoga will be joining an effort to contest the results of the 2020 Census.

During the January 18 meeting of Saratoga's governing body, Mayor Creed James informed the rest of the council of an email received from Justin Schilling, member services manager of the Wyoming Association of Municipalities (WAM). According to James, Schilling reached out to member communities regarding their concerns over the 2020 Census results and if they were interested in contesting those results.

"We touched on this maybe once or twice in the past. There's a concern among numerous communities tha...