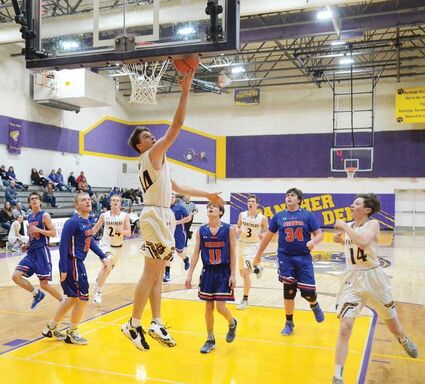 Saratoga's Heston Fisher rises to the rim during the Panther's game against the HEM MIners on January 13.

The Saratoga Panthers stretched their legs this past weekend as they took on two non-conference opponents at home and on the road. Both games provided the Panthers an opportunity to get some time on the court and some points on the board ahead of this weekend's games against two conference foes.

On Thursday, Saratoga hosted the Hanna, Elk Mountain, Medicine Bow (HEM) Miners at the Panther Den in an overwhelming win. Then, on Saturday, while the Panthers stalked to Rock River where they took down the Longhorns.

Before Saratoga even took the court on Thursday evening, fan...