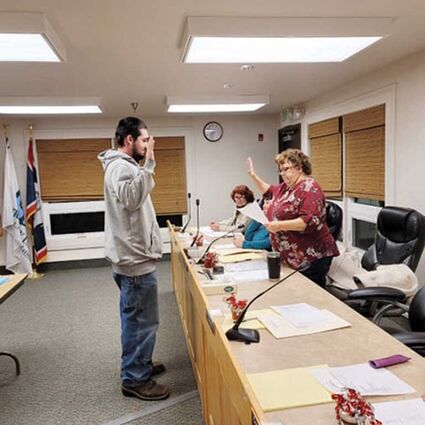 Haden Bricker, left, is sworng in by Mayor Sharon Biamon during the January 10 meeting of the Medicine Bow Town Council.

Heath read the bills to be ratified. Kahl asked where the Chase bil credit card was. Heath said an amount was reimbursed which took care of the bill this month so there was nothing to pay.  L.N. Curtis and Sons had reimbursed the fi...