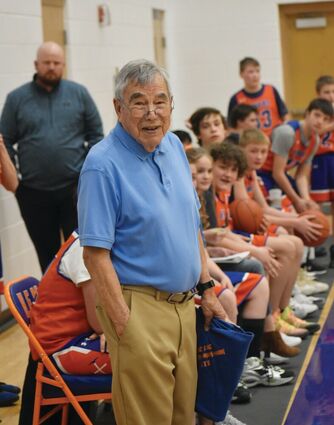 These are words not often found in this day and age when describing individuals, but there is a man known by just about anyone who has met him to have these attributes. His name is Dario Soto, but to most-friend, student, player, parent or colleague-he is known respectfully as Mr. Soto.

After coaching basketball for nearly 60 years, Mr. Soto finished his coaching career on January 11 at Hanna, Elk Mountain, Medicine Bow (HEM) High School on the court which bears his name.

Mr. Soto did not give more than a couple hours notice of his impending retirement from c...