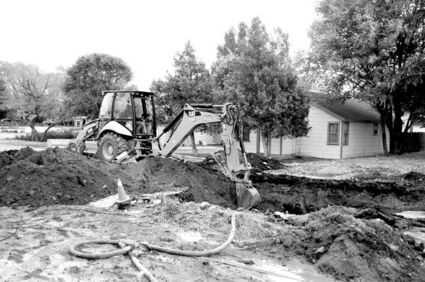 The Spring Street water main, which burst in October 2021, will likely be on the slate for replacement in 2022.

Though the New Year has just begun, concerns over being unable to get on a construction schedule this year has motivated the Town of Saratoga to move quickly on the replacement of the Spring Street water main from River Street to 3rd Street.

At the January 4 meeting of the Saratoga Town Council, replacement of the water main was heavily discussed. Though it had been a topic for the final meeting of 2021, following a recommendation from the Saratoga-Carbon County Impact Joint Powers Board (SCCIJPB), no action had been taken. This was largely due to a need to investigate if the project, which...