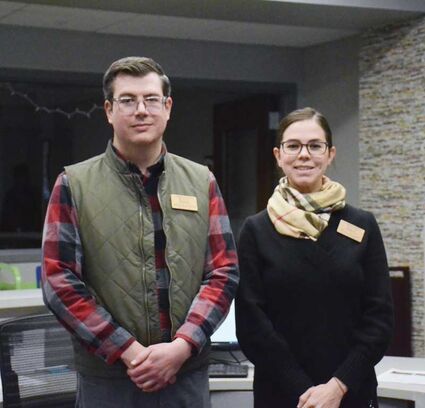 As Jacob Mickelsen, left, leaves the system, Marie Wenzel will step in as interim director.

For more than five years, Jacob Mickelsen led the Carbon County Library System as director. He starts the New Year with a new position, departing his home state of Wyoming for Loveland, Colorado.

"I'd been saying to myself for some time that, once the move was done and once I'd finished my term as president of the Wyo...