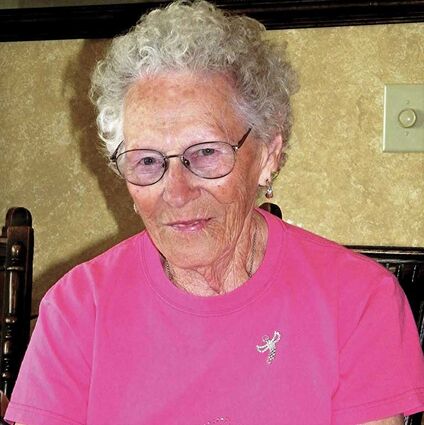 Berniel McCord passed away peacefully from this world on October 31, 2021 at her home in Saratoga. Momma was born August 3, 1924 on her family ranch near Eckert, Colorado. She joined her sister, Robert and brother, Bill, in Saratoga where she married, settled down and raised her family.

Berneil was an avid rock hound and enjoyed camping, fishing and roaming around the desert.

She is survived by her daughters; Joni Kimsey (Ed Kennedy) of Saratoga and Cathy Williams (Gary) of Redmond, Oregon. Momma is also survived by her step-son Bob McCord, his wife, Bonnie, and their son and grandson. She also had two grandchildren; Mike (Lisa) Kimsey and Shawn Evenson; five great-grandchildren and one great-great-granddaughter.

Berneil's son, Karl William Blom (Bill) also passed away at her home on October 31, 2021. He is survived by his daughter, Chandra Schmidt of Kansas.

A memorial service for Berneil will held in the spring. The family asks memorials be made to the Saratoga Care Center in Momma's name.